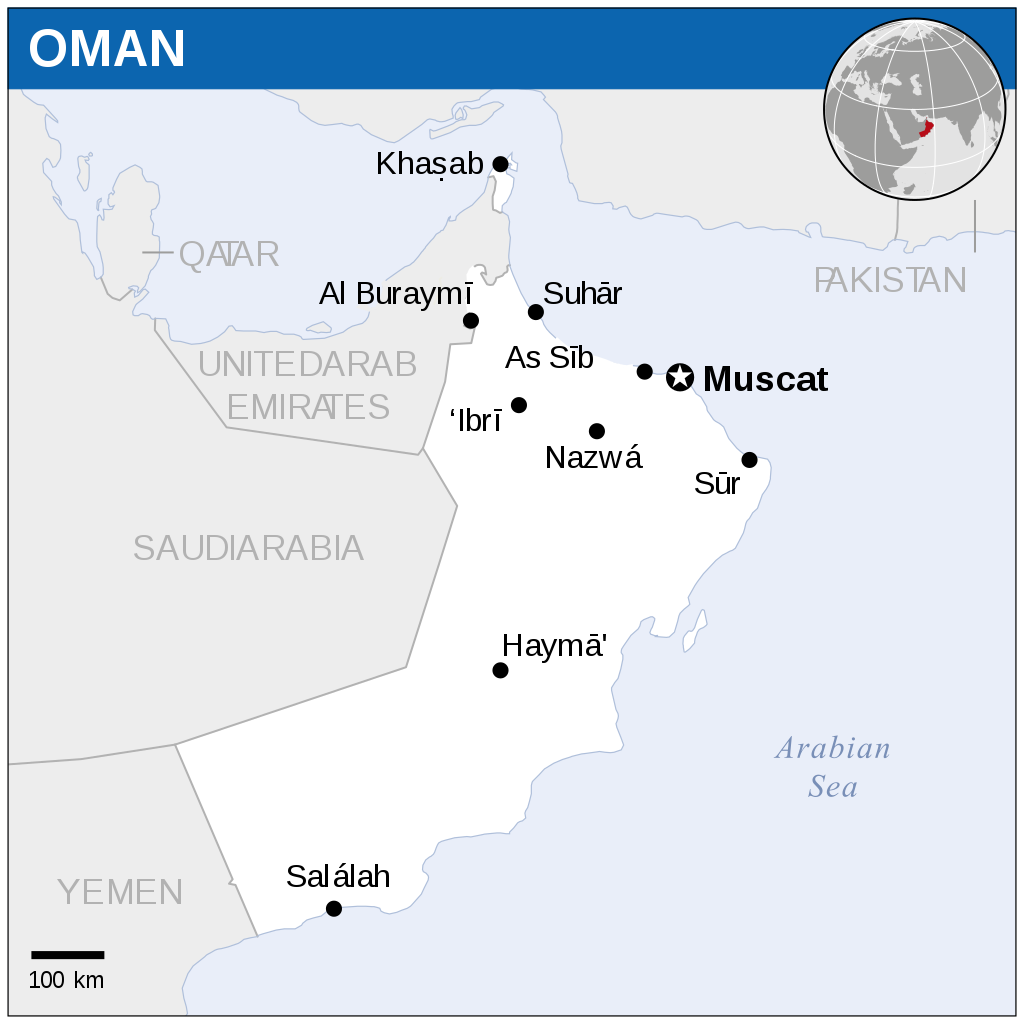 With a coastline of 1700 kilometers, historically Omanis have been a seafaring people.   Oman’s ports have traded with ships from all over the world.

The Sultanate of Oman occupies the southeast corner of the Arabian Peninsula, with coastline facing the Arabian Sea and the Gulf of Oman. Environmental protection is a priority of the Sultanate, and the United Nations Environmental Program has credited the country as having one of the best records in conservation, pollution control, and efforts to maintain ecological balance.

Considerable geographic and climatic variety exists throughout the country, with desert along the western border and a lush monsoon climate in the south. A number of protected nature reserves and wildlife sanctuaries are scattered throughout the country. Grassy parks and gardens are prominent features of Oman’s cities.

Arabic is the official language of Oman and three-quarters of the population is Ibadhi Muslim. Muscat, the capital, is a relaxed, cosmopolitan city, with great concern directed toward the aesthetic blending of modern development and historical structures.

Although Oman is considered to be one of the most traditional countries in the Gulf region, it has undergone a dramatic transformation in the last 30 years. His Majesty Sultan Qaboos bin Said, who was educated overseas, came to power in 1970 and began to modernize the country after decades of restrictive and isolationist policies. The number and quality of roads, hospitals, schools, and telecommunication networks were dramatically expanded, and the country opened its borders to tourism in 1987. Sultan Qaboos bin Said also has been active in international affairs, receiving the International Peace Award from the National Council on US-Arab Relations in 1988 for his role in the Middle East peace process.